Model Overview
Chevrolet understands what customers expect from the Camaro, and the sixth-generation model exceeds those expectations. The Camaro rides on GM's Alpha platform, which is shared with both the Cadillac ATS and CTS. It's an incredibly stiff and light foundation for a performance car, and coupled with weight loss elsewhere relative to the previous generation--200 pounds in total--the Camaro packs quite a punch.
The Camaro is offered in several trim levels: 1LS, 1LT, 2LT, 1SS, 2SS and ZL1. It is also the most fuel-efficient Camaro to date, thanks to three fantastic engines. The 2.0L turbocharged four puts out an impressive 275 horsepower and 295 lb-ft of torque while posting a 0-60 mph time of 5.4 seconds and returning an estimated 30 mpg on the highway, according to GM.

The direct-injected 3.6L V6 features variable valve timing and cylinder deactivation--a V6 first--all of which combine for 335 horsepower and 284-lb-ft of torque, plus up to 27 mpg on the highway. GM claims it will hit 60 mph from a stop in just over five seconds. The engine is the most powerful naturally aspirated V6 in its class.

Suspension is handled thanks to double-pivot control arms and struts up front and a five-link setup in the rear. Chevy's adaptive Magnetic Ride Control damping system is optional on the SS and provides fully adjustable control for aggressive cornering.

A 6-speed manual transmission is standard on all Camaros, while an 8-speed automatic with steering wheel paddles is optional. In the SS, it features rev-matching during downshifts.

The Camaro is available in either coupe or convertible form, and trim levels are more or less equal. The chief difference, of course, is the automatic drop top, which can be controlled by either the key fob or a button on the dash. It can be lowered at speeds up to 30 mph.

In addition to its monster V8 engine, the 1SS trim is outfitted much like the 1LT but also adds xenon headlights and LED taillights, quad exhausts and a rear spoiler. Beneath the surface there's a limited-slip differential, upgraded brakes and suspension, and a Track mode is added to the Drive Mode Selector for extra aggressive performance. The 1SS rides on run-flat tires and 20-inch wheels. A 1LE Track Performance Package brings improved suspension with adaptive dampers, special forged alloy wheels, Brembo brakes and Recaro sport seats.

Finally, in addition to its supercharged V8, the Camaro ZL1 features launch control and all the features of the 2SS and 1SS 1LE trims. A 6-speed manual is standard, though a 10-speed automatic is optional. On the ZL1, the 1LE Extreme Track Performance Package brings track-ready suspension dampers, a carbon-fiber hood and rear spoiler and 19-inch forged alloy wheels.

Popular options for the 1LT and 2LT include the RS Package, which features appearance items like xenon headlights and LED taillights, 20-inch wheels and a unique grille and front spoiler. 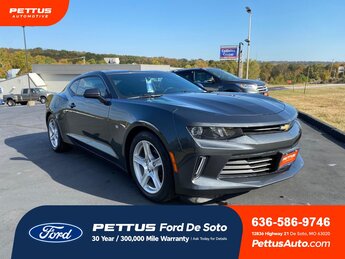 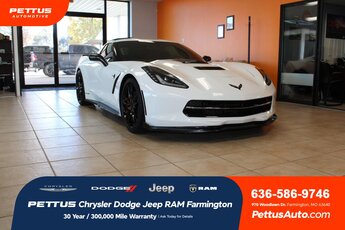